Rob Brooks, a female record store owner in the rapidly gentrified neighborhood of Crown Heights, Brooklyn revisit past relationships through music and pop culture, while trying to get over her one true love.
Trailer 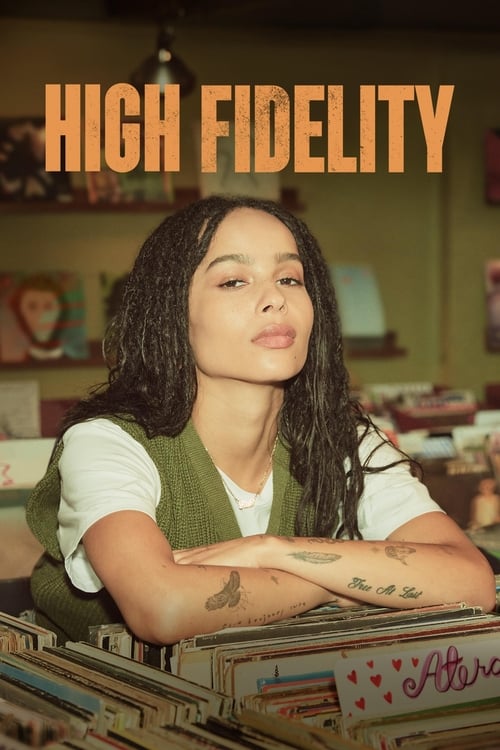 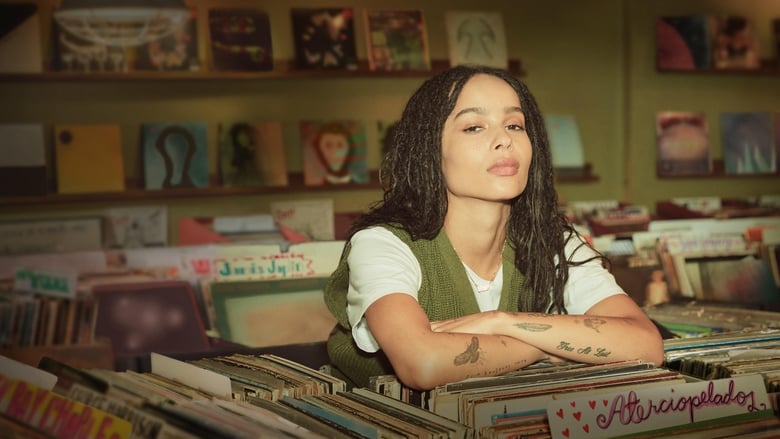 Your Lie in April

Kousei Arima was a genius pianist until his mother's sudden death took away his ability to play. Each day was dull for Kousei. But, then he meets a violinist named Kaori Miyazono who has an eccentric playing style. Can the heartfelt sounds of the girl's violin lead the boy to play the piano again?

Angel Beats takes place in the afterlife and focuses on Otonashi, a boy who lost his memories of his life after dying. He is enrolled into the afterlife school and meets a girl named Yuri who invites him to join the Afterlife Battlefront — an organization she leads which fights against God. The Battlefront fight against the student council president Angel, a girl with supernatural powers.

If My Favorite Pop Idol Made It to the Budokan, I Would Die

You're Beautiful is a 2009 South Korean romantic comedy television drama series, starring Park Shin-hye, Jang Keun-suk, Lee Hong-ki of F.T. Island and Jung Yong-hwa of CN Blue. It is about a fictional boy band A.N.Jell and the relationship between its members when a female, posing as her twin brother, joins the group. It aired on Seoul Broadcasting System from October 7 to November 26, 2009 on Wednesdays and Thursdays at 21:55 for 16 episodes. The series has been posted on SBS's YouTube channel. A Japanese remake of this drama was released in Japan in July 2011 as Ikemen desu ne, and included a cameo appearance by Jang in Episode 8 as his Japanese counterpart, Gunsoku. A Taiwanese remake, Fabulous Boys, was broadcast in 2013, which includes a cameo appearance by Park Shin-hye.

My Girlfriend is an Alien

The alien girl Chai Xiaoqi tells the story of Fang Xiaoqi, the overbearing president of the alien girl who died from the "Cape Town Planet", who was suffering from the "rainy weather heterosexual amnesia". A high-energy hilarious and romantic cross-star love story. The female host Chai Xiaoqi is not only an alien, but also a true-handed witch. Once she inhales the hormones emitted by the males in the earth, she will fall into the "flowery state" and suffer from various diseases. The fun and ridiculously ridiculous romance will restore the singularity of the girl in the perfection of the girl. In order to survive on the human earth, Chai Xiaoqi will use his various super powers to solve one accident after another, like a roller coaster. The ups and downs will make the audience hooked. The male lord is cold and is an alternative overbearing president. When it rains, he will forget the opposite sex that appears around him. For this reason, he and the female host will launch various "fighting and fighting" laughter dramas. The experience of high sweetness and romance is expected to be Strongly slammed the girl's heart when it was broadcast.

Ryou Mizuhara is a normal high school student, living alone with his younger sister Akane. They were very happy together, at least until a mysterious girl crashes into their lives who introduces herself as Ryou's new fiancée.

Bob's Burgers follows a third-generation restaurateur, Bob, as he runs Bob's Burgers with the help of his wife and their three kids. Bob and his quirky family have big ideas about burgers, but fall short on service and sophistication. Despite the greasy counters, lousy location and a dearth of customers, Bob and his family are determined to make Bob's Burgers "grand re-re-re-opening" a success.

A comedy-drama following a chaste young woman who is accidentally impregnated via artificial insemination as she struggles to inform her devoutly religious family and make the right choices concerning the child. Based on the telenovela "Juana la virgen."

The Meiji Era was one of great renewal for Japan, where swords and killing were outlawed. However, many survivors from the time of Revolution still live, lurking in the shadows and waiting for a chance to use their killing blades again. Only Kenshin Himura, formerly one of the most brutal of killers, hopes to keep his swordsman's honor and still live in the new era.

It’s Ryuji’s first day as a junior in high school and it seems as if things are looking up. He gets to sit in between his only friend, Yusaku, and, more importantly, the girl he’s secretly crushing on, Minori Kushieda. But just when he thinks the stars are aligned in his favor, he unwittingly crosses the most feared girl in school, Taiga Aisaku, making her onto his arch enemy. To top it off, Taiga has moved in right next door to Ryuji and happens to be Minori’s best friend! Can this school year possibly get any worse?!

The story of a Ayse, who due to slanderous accusations is forced to marry Kerem, a well-known rich and handsome playboy.

Seton Academy, a school full of animals where, thanks to population decline, there are fewer humans than any other creature. Mazama Jin, an animal hater and the only human male in his class, falls in love with Hino Hitomi, the only female human, the moment he lays eyes her. However he soon finds himself entangled with various other creatures after he reluctantly joins the 'pack' of Lanka the wolf, the only other member of her pack. After getting to know each other, the two decide to create a cooking club, and after a few bad-blooded misunderstandings, Ranka soon joins the club as well. Thus begins the howl-some and howl-arious story of two normal humans; an adorable wolf; a cheerful koala; a sluggish, blonde sloth; and a feline with cattitude in their newfound club—in a story that teaches that friendship can be forged by creatures of different kinds.

Samantha Stephens is a seemingly normal suburban housewife who also happens to be a genuine witch, with all the requisite magical powers. Her husband Darrin insists that Samantha keep her witchcraft under wraps, but situations invariably require her to indulge her powers while keeping her bothersome mother Endora at bay.

At home and school, she's Miley Stewart, a typical teenager, but when the lights go down and the curtain goes up, she emerges as the glamorous and talented Hannah Montana. Having the "Best of Both Worlds" is a complicated proposition, and keeping her identity under wraps leads Miley and her friends into some hilarious capers as she tries to balance her normal life with her rock star persona.

Hong Jo is a cat who has mastered the art of transformation into human form. He wants to become human for his owner, and in order to stay by her side, he starts living a double life. Kim Sol Ah is a woman in her 20s. She loves people and tries to protect the ones she loves. Hence, she attracts many cat-like people. Her father is like a Persian cat, her crush is like a Siamese cat, and others only make her worry and fuss. In the end, she brings Hong Jo home thinking he's a cat but ends up in a completely different situation.

Lee Gyu Won is the daughter of one of the top three maestros of pansori and is also a gayageum protégé herself. Following her grandfather’s wishes for her to study the gayageum, she enrolls as a major of gugak, or traditional Korean music. Lee Shin is unfriendly, yet a clever student in the Applied Music Department who also is the famed vocalist and talented guitarist of the handsome band named The Stupid. With charming looks equal to those of a handsome character in a romance comic and a cold, taciturn personality, he thinks gugak is boring and belittles it. As the vocalist Lee Shin and Gayageum Protégé Lee Gyu Won passionately confront each other to champion their respective music, they soon fall in love.

Narcissistic, brash, and self-destructive “Jimmy Shive-Overly,” thinks all relationships are doomed. Cynical, people-pleasing, and stubborn “Gretchen Cutler,” knows that relationships aren't for her. So when they meet at a wedding, it's only natural that the two of them go home together and, despite their better judgment, begin to find themselves falling for each other.