A British sketch comedy series with the shows being composed of surreality, risqué or innuendo-laden humour, sight gags and observational sketches without punchlines.
Trailer 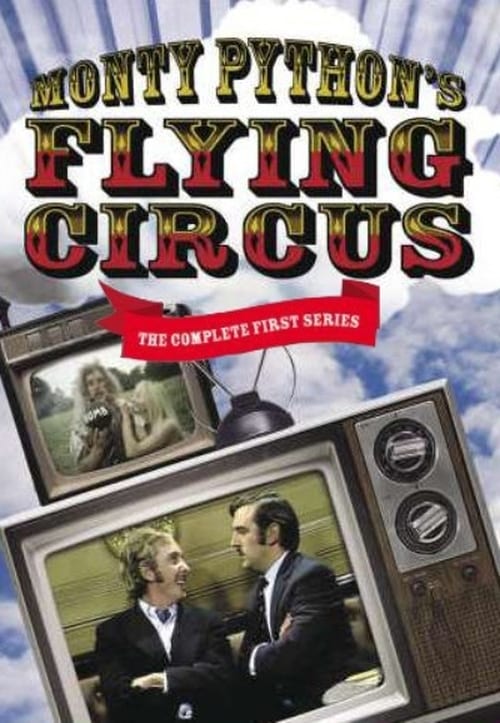 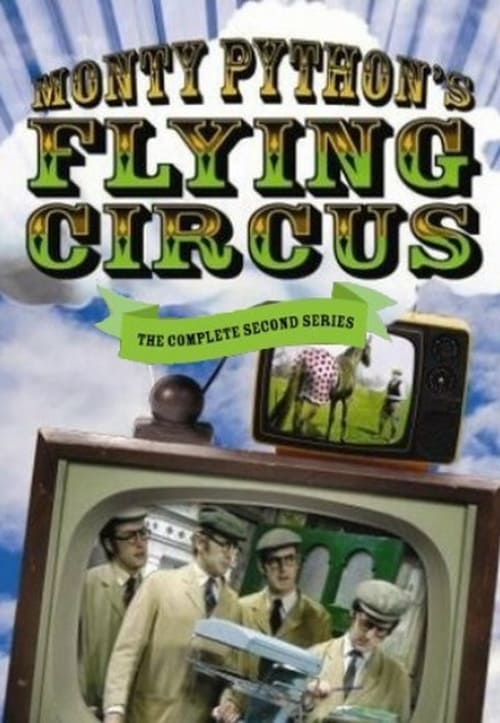 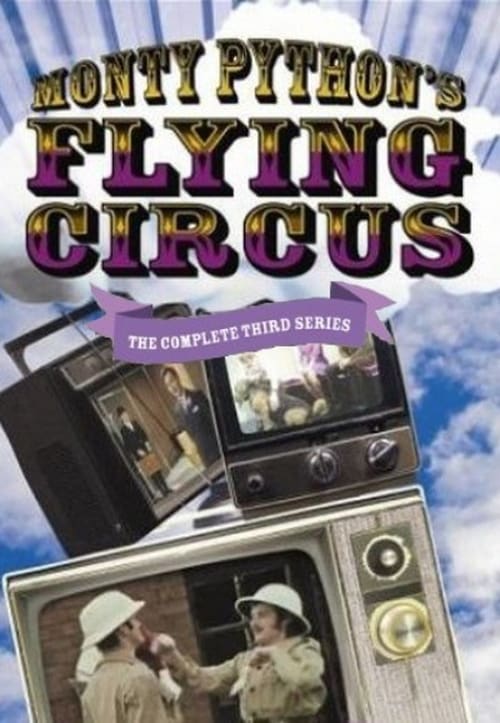 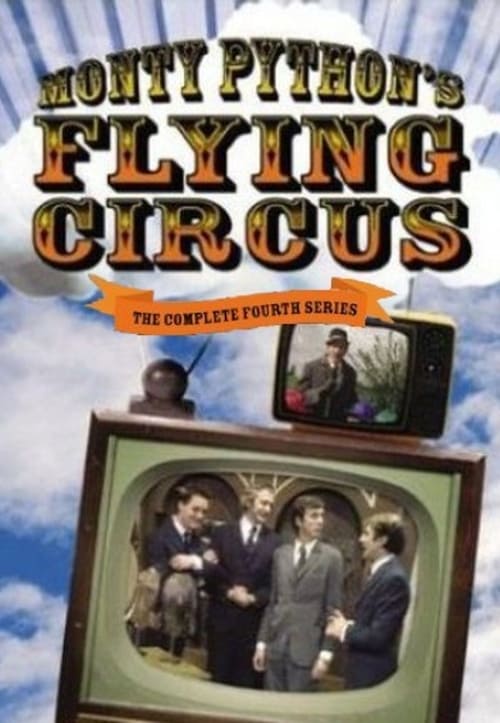 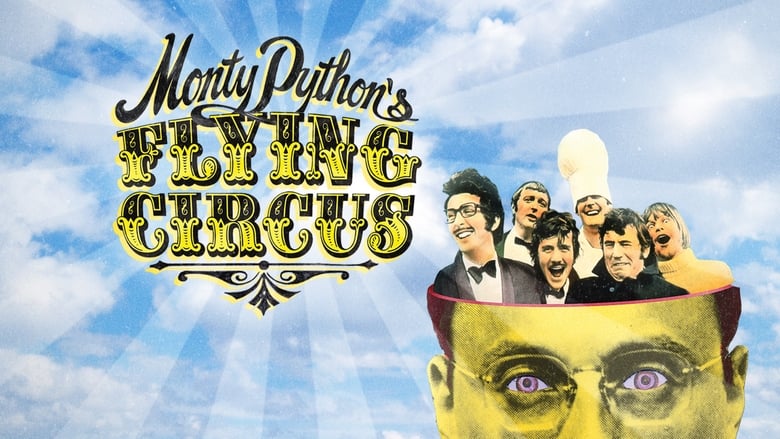 The Goodies is a British television comedy series of the 1970s and early 1980s. The series, which combines surreal sketches and situation comedy, was broadcast by BBC 2 from 1970 until 1980 — and was then broadcast by the ITV company LWT for a year, between 1981 to 1982. The show was co-written by and starred Tim Brooke-Taylor, Graeme Garden and Bill Oddie. Bill Oddie also wrote the music and songs for the series — while "The Goodies Theme" was co-written by Bill Oddie and Michael Gibbs. The directors/producers of the series were John Howard Davies, Jim Franklin and Bob Spiers. An early title which was considered for the series was Narrow Your Mind and prior to that the working title was Super Chaps Three.

Spitting Image is an award winning British satirical puppet show, created by Peter Fluck, Roger Law and Martin Lambie-Nairn. The series was produced by Spitting Image Productions for Central Independent Television over 18 series which aired on the ITV from 1984 to 1996. The series was nominated and won numerous awards during its run including 10 BAFTA Awards, including one for editing in 1989, and even won two Emmy Awards in 1985 and 1986 in the Popular Arts Category. The series featured puppet caricatures of celebrities famous during the 1980s and 1990s, including British Prime Minister Margaret Thatcher and fellow Tory politicians, American president Ronald Reagan, and the British Royal Family. The Series was the first to caricature the Queen mother. The series was axed in 1996, after viewing figures declined. ITV had plans for a new series in 2006, but these were scrapped after a dispute over Ant & Dec puppets used to host the reviews "Best Ever Spitting Image", which were created against Roger Law's wishes.

Little Britain is a British character-based comedy sketch show which was first broadcast on BBC radio and then turned into a television show. It was written by comic duo David Walliams and Matt Lucas. The show's title is an amalgamation of the terms 'Little England' and 'Great Britain', and is also the name of a Victorian neighbourhood and modern street in London. The show comprises sketches involving exaggerated parodies of British people from all walks of life in various situations familiar to the British. These sketches are presented to the viewer together with narration in a manner which suggests that the programme is a guide—aimed at non-British people—to the ways of life of various classes of British society. Despite the narrator's description of great British institutions, the comedy is derived from the British audience's self-deprecating understanding of either themselves or people known to them.

A super pure tragicomedy rosary of pious prayers bringing unity, joy, and excellent living to the people of all sizes, sexualities, and colors.

Satirical sketch comedy set and filmed in Portland, Oregon that explores the eccentric misfits who embody the foibles of modern culture.

'Allo 'Allo! is a British sitcom broadcast on BBC One from 1982 to 1992 comprising eighty-five episodes. It is a parody of another BBC programme, the wartime drama Secret Army. 'Allo, 'Allo! was created by David Croft, who also wrote the theme music, and Jeremy Lloyd. Lloyd and Croft wrote the first six series. The remaining series were written by Lloyd and Paul Adam. The show tells the fictitious story of Rene Artois, a café owner in a small town in Nazi occupied France, who reluctantly helps the French resistance in their various schemes, the main of which is to help hide British airmen from the Germans. At the same time, he has to hide artefacts such as famous paintings for the German soldiers who frequent his café, while trying to keep his affairs with his waitresses secret from his wife. The comedy is a combination of wordplay, farce, slapstick, and sexual innuendo. Unlike most sitcoms, the episodes build on previous ones, requiring viewers to watch the series chronologically in order to fully understand the plot. In 2004, 'Allo 'Allo came 13th in Britain's Best Sitcom. A reunion special, comprising new material, archive clips and specially recorded interviews, was broadcast on 28 April 2007 on BBC Two.

A crazy comedy about three rather strange parish priests exiled to Craggy Island, a remote island off the Irish west coast.

An Israeli satire show featuring satirical references to current affairs of the past week through parodies of the people involved, as well as the thoughts of recurring characters. One of the most watched and influential shows on Israeli TV.

30 Rock is an American television comedy series that ran on NBC from October 11, 2006, to January 31, 2013, and was created by Tina Fey. The series, which is loosely based on Fey's experiences as head writer for Saturday Night Live, takes place behind the scenes of a fictional live sketch comedy series depicted as airing on NBC. The series' name refers to 30 Rockefeller Plaza in New York City, the address of the GE Building, in which the NBC Studios are located.

A satirical inversion of the ideal of the perfect American nuclear family, they are an eccentric wealthy family who delight in everything grotesque and macabre, and are never really aware that people find them bizarre or frightening. In fact, they themselves are often terrified by "normal" people. The Addams Family is the creation of American cartoonist Charles Addams.

Hilarious ensemble comedy that follows Leslie Knope, a mid-level bureaucrat in the Parks and Recreation Department of Pawnee, Indiana, and her tireless efforts to make her quintessentially American town just a little bit more fun.

Doctors Owen Maestro and Lola Spratt leave Children's Hospital and join a secret arm of the CDC to investigate and destroy a deadly global virus.

This partially unscripted comedy brings viewers into the squad car as incompetent officers swing into action, answering 911 calls about everything from speeding violations and prostitution to staking out a drug den. Within each episode, viewers catch a "fly on the wall" glimpse of the cops' often politically incorrect opinions, ranging from their personal feelings to professional critiques of their colleagues.

A series of pop-culture parodies using stop-motion animation of toys, action figures and dolls. The title character was an ordinary chicken until he was run down by a car and subsequently brought back to life in cyborg form by mad scientist Fritz Huhnmorder, who tortures Robot Chicken by forcing him to watch a random selection of TV shows, the sketches that make up the body of each episode.

Meet the most beloved sitcom horse of the 90s - 20 years later. BoJack Horseman was the star of the hit TV show "Horsin' Around," but today he's washed up, living in Hollywood, complaining about everything, and wearing colorful sweaters.

Follows the misadventures of four irreverent grade-schoolers in the quiet, dysfunctional town of South Park, Colorado.

A late-night live television sketch comedy and variety show created by Lorne Michaels. The show's comedy sketches, which parody contemporary culture and politics, are performed by a large and varying cast of repertory and newer cast members. Each episode is hosted by a celebrity guest, who usually delivers an opening monologue and performs in sketches with the cast, and features performances by a musical guest.

Set in Springfield, the average American town, the show focuses on the antics and everyday adventures of the Simpson family; Homer, Marge, Bart, Lisa and Maggie, as well as a virtual cast of thousands. Since the beginning, the series has been a pop culture icon, attracting hundreds of celebrities to guest star. The show has also made name for itself in its fearless satirical take on politics, media and American life in general.

Sick, twisted, politically incorrect and Freakin' Sweet animated series featuring the adventures of the dysfunctional Griffin family. Bumbling Peter and long-suffering Lois have three kids. Stewie (a brilliant but sadistic baby bent on killing his mother and taking over the world), Meg (the oldest, and is the most unpopular girl in town) and Chris (the middle kid, he's not very bright but has a passion for movies). The final member of the family is Brian - a talking dog and much more than a pet, he keeps Stewie in check whilst sipping Martinis and sorting through his own life issues.

Satirical and surreal news show. Nish Kumar and a cast of hilarious correspondents keep you up to date with everything that has happened - or not happened - this week.