David Attenborough presents a documentary series exploring how animals meet the challenges of surviving in the most iconic habitats on earth.
Trailer 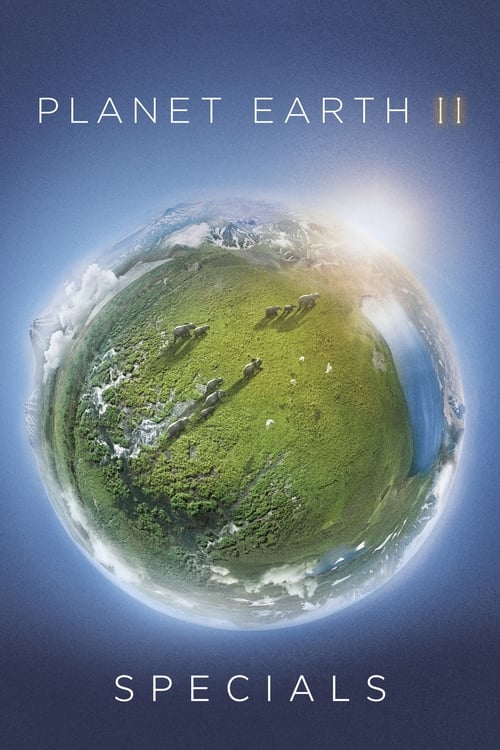 Africa, the world's wildest continent. David Attenborough takes us on an awe-inspiring journey through one of the most diverse places in the world. We visit deserts, savannas, and jungles and meet up with some of Africa's amazing wildlife.

David Attenborough narrates a natural history of the oceans.

David Attenborough celebrates the amazing variety of the natural world in this epic documentary series, filmed over four years across 64 different countries.

There is nowhere more powerful and unforgiving yet more beautiful and compelling than the ocean. Join us and explore the greatest yet least known parts of our planet.

David Attenborough travels to the end of the earth, taking viewers on an extraordinary journey across the polar regions of our planet.

The adventures of Chris and Martin Kratt as they encounter incredible wild animals, combining science education with fun and adventure as the duo travels to animal habitats around the globe.

Years ago, the fearsome pirate king Gol D. Roger was executed, leaving a huge pile of treasure and the famous "One Piece" behind. Whoever claims the "One Piece" will be named the new pirate king. Monkey D. Luffy, a boy who consumed one of the "Devil's Fruits", has it in his head that he'll follow in the footsteps of his idol, the pirate Shanks, and find the One Piece. It helps, of course, that his body has the properties of rubber and he's surrounded by a bevy of skilled fighters and thieves to help him along the way. Monkey D. Luffy brings a bunch of his crew followed by, Roronoa Zoro, Nami, Usopp, Sanji, Tony-Tony Chopper, Nico Robin, Franky, and Brook. They will do anything to get the One Piece and become King of the Pirates!

Consistently stunning documentaries transport viewers to far-flung locations ranging from the torrid African plains to the chilly splendours of icy Antarctica. The show's primary focus is on animals and ecosystems around the world. A comic book based on the show, meant to be used an as educational tool for kids, was briefly distributed to museums and schools at no cost in the mid-2000s.

PBS' premier science series helps viewers of all ages explore the science behind the headlines. Along the way, NOVA demystifies science and technology, and highlights the people involved in scientific pursuits.

Set amidst a wave of violent animal attacks sweeping across the planet, a young renegade scientist is thrust into a race to unlock the mystery behind this pandemic before time runs out for animals and humans alike.

In a future where the elite inhabit an island paradise far from the crowded slums, you get one chance to join the 3% saved from squalor.

What happens when you put two complete strangers - sans clothes - in some of the most extreme environments on Earth? Each male-female duo is left with no food, no water, no clothes, and only one survival item each as they attempt to survive on their own.

Shaun the Sheep is a British stop-motion animated children's television series produced by Aardman Animations, and commissioned by the British Broadcasting Corporation and Westdeutscher Rundfunk, a constituent member of the consortium of German public-broadcasting institutions, ARD. It is a spin-off of the Wallace and Gromit franchise, starring Shaun from A Close Shave as its main protagonist. It first aired in the UK on CBBC in March 2007. The series has also inspired its own spin-off show, Timmy Time, which is aimed at younger viewers. The show has been broadcast in 180 countries around the world.

Drawn from interviews with survivors of Easy Company, as well as their journals and letters, Band of Brothers chronicles the experiences of these men from paratrooper training in Georgia through the end of the war. As an elite rifle company parachuting into Normandy early on D-Day morning, participants in the Battle of the Bulge, and witness to the horrors of war, the men of Easy knew extraordinary bravery and extraordinary fear - and became the stuff of legend. Based on Stephen E. Ambrose's acclaimed book of the same name.

Detective Inspector Richard Poole is transferred to Sainte Marie, an island in the Caribbean. Totally unsuited to the Caribbean way of life, Richard hates the sun, sea and sand and isn't used to the Sainte Marie style of policing. Working with the exotic Camille each week Richard investigates intricate and intriguing murders.

They are neither plants nor animals. They differ from other forms of life such as the micro-organisms and the fungi. Instead they resemble the primeval body of life and are generally known as "Mushi". Their existence and appearance are unknown to many and only a limited number of humans are aware of them. Ginko is a "Mushi-shi" who travels around to investigate and find out more about the "Mushi". In the process, he also lends a helping hand to people who face problems with supernatural occurances which may be related to the "Mushi".