An English teacher travels back in time to prevent the Kennedy assassination, but discovers he is attached to the life he has made in a bygone era.
Trailer 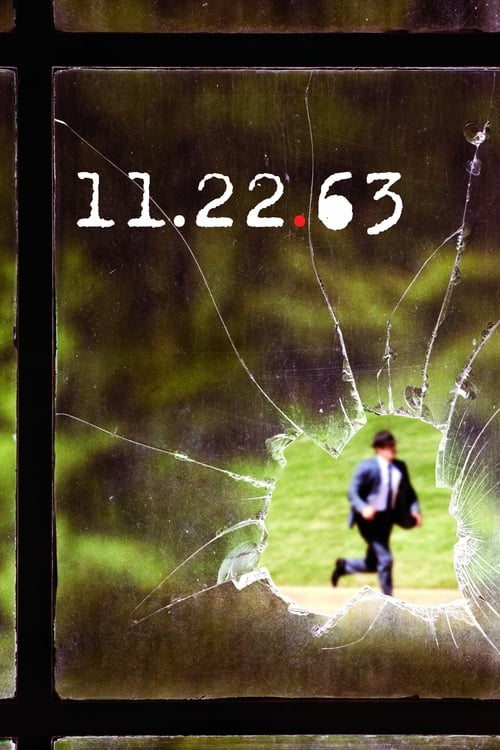 The story of Claire Randall, a married combat nurse from 1945 who is mysteriously swept back in time to 1743, where she is immediately thrown into an unknown world where her life is threatened. When she is forced to marry Jamie, a chivalrous and romantic young Scottish warrior, a passionate affair is ignited that tears Claire's heart between two vastly different men in two irreconcilable lives.

And Then There Were None

Ten strangers, drawn away from their normal lives to an isolated rock off the Devon coast. But as the mismatched group waits for the arrival of the hosts -- the improbably named Mr. and Mrs. U.N. Owen -- the weather sours and they find themselves cut off from civilization. Very soon, the guests, each struggling with their conscience, will start to die -- one by one, according to the rules of the nursery rhyme 'Ten Little Soldier Boys' -- a rhyme that hangs in every room of the house and ends with the most terrifying words of all: '... and then there were none.

A young 17th-century witch time travels to the future to save the man she loves, but first must adjust to present-day Cartagena and defeat a dark rival.

The Crains, a fractured family, confront haunting memories of their old home and the terrifying events that drove them from it.

Self Made: Inspired by the Life of Madam C.J. Walker

This limited series chronicles the incredible true story of Madam C.J. Walker, who was the first African American self-made millionaire.

The Man in the High Castle

Explore what it would be like if the Allied Powers had lost WWII, and Japan and Germany ruled the United States. Based on Philip K. Dick's award-winning novel.

A young mother kills a stranger in a fit of unexplainable rage. An inquisitive detective obsesses over the case, attempting to get to the bottom of the true motive behind the act.

The tale of three mothers of first graders whose apparently perfect lives unravel to the point of murder.

The Count of Monte Cristo

A TV mini-series adaptation of the classic Alexandre Dumas novel. Edmond Dantes is unjustly sent to prison for 18 years. He escapes to reclaim his fiancée Mercedes and revenge against his nemesis, Mondego.

In a fantasy world, fighter Tatsumi sets out for the Capitol to earn money for his starving village, and finds a world of unimaginable corruption, all spreading from the depraved Prime Minister who controls the child Emperor's ear. After nearly becoming a victim of this corruption himself, Tatsumi is recruited by Night Raid, a group of assassins dedicated to eliminating the corruption plaguing the Capitol by mercilessly killing those responsible.

The Doctor is a Time Lord: a 900 year old alien with 2 hearts, part of a gifted civilization who mastered time travel. The Doctor saves planets for a living—more of a hobby actually, and the Doctor's very, very good at it.

The Plot Against America

An alternate American history told through the eyes of a working-class Jewish family in New Jersey, as they watch the political rise of Charles Lindbergh, an aviator-hero and xenophobic populist, who becomes president and turns the nation toward fascism.

In 1960, seven outcast kids known as "The Losers' Club" fight an evil demon who poses as a child-killing clown. Thirty years later, they reunite to stop the demon once and for all when it returns to their hometown.

Set in England in the early 19th century, Pride and Prejudice tells the story of Mr and Mrs Bennet's five unmarried daughters after the rich and eligible Mr Bingley and his status-conscious friend, Mr Darcy, have moved into their neighbourhood. While Bingley takes an immediate liking to the eldest Bennet daughter, Jane, Darcy has difficulty adapting to local society and repeatedly clashes with the second-eldest Bennet daughter, Elizabeth.

When an insidious supernatural force edges its way into a seemingly straightforward investigation into the gruesome murder of a young boy, it leads a seasoned cop and an unorthodox investigator to question everything they believe in.