With the Ancients' city of Atlantis discovered in the Pegasus Galaxy by Stargate Command, Dr. Elizabeth Weir and Major Sheppard lead a scientific expedition to the ancient abandoned city. Once there, the team not only find themselves unable to contact Earth, but their explorations unexpectedly reawaken the Ancients' deadly enemies, The Wraith, who hunger for this new prey. Now with the help of newfound local allies like Teyla Emmagan, the Atlantis Team sets about to uncover their new home's secr ...
Trailer 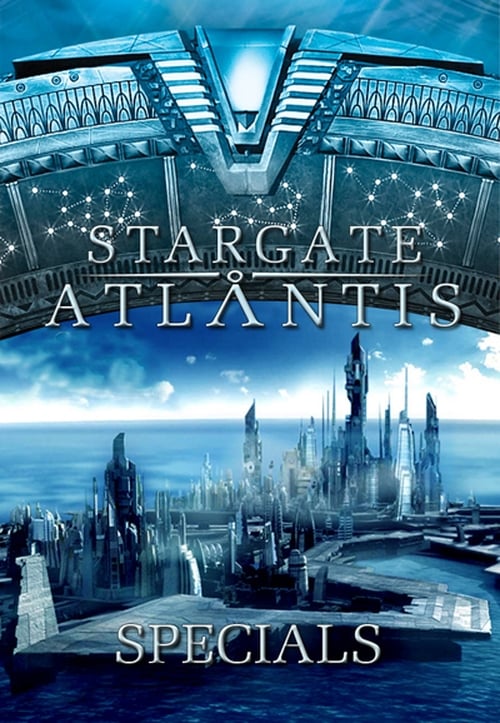 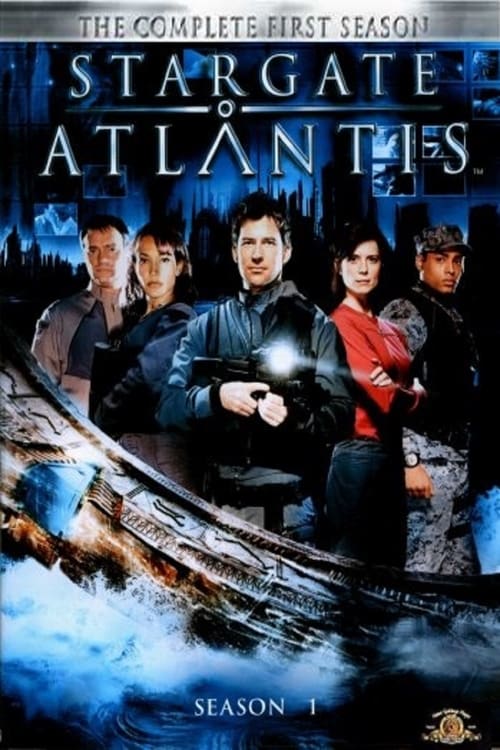 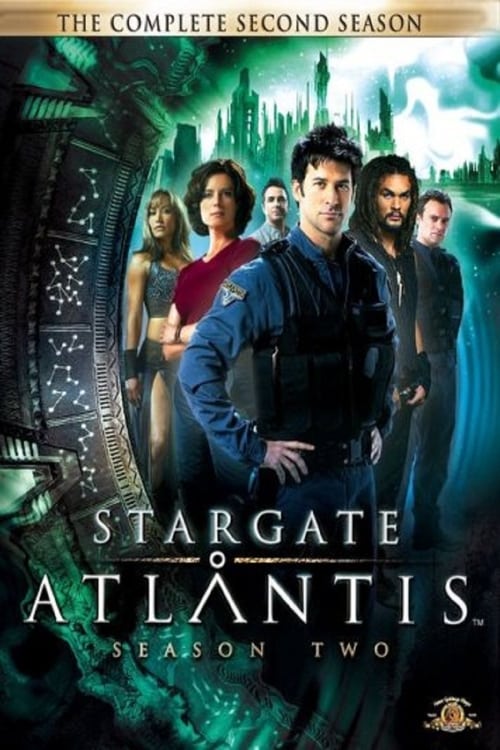 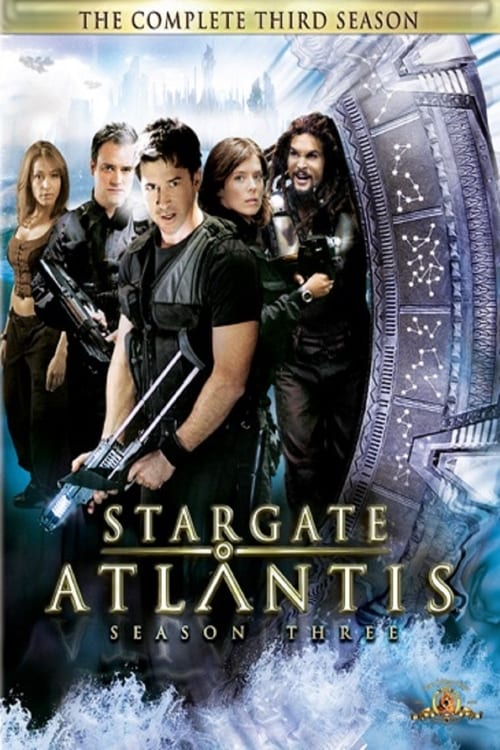 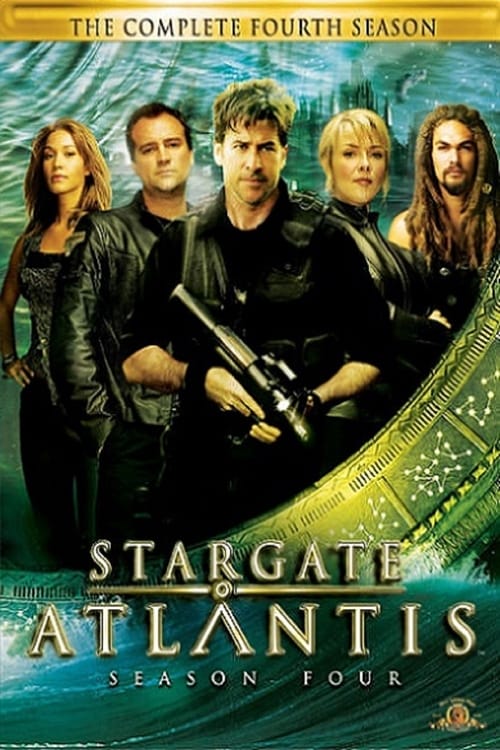 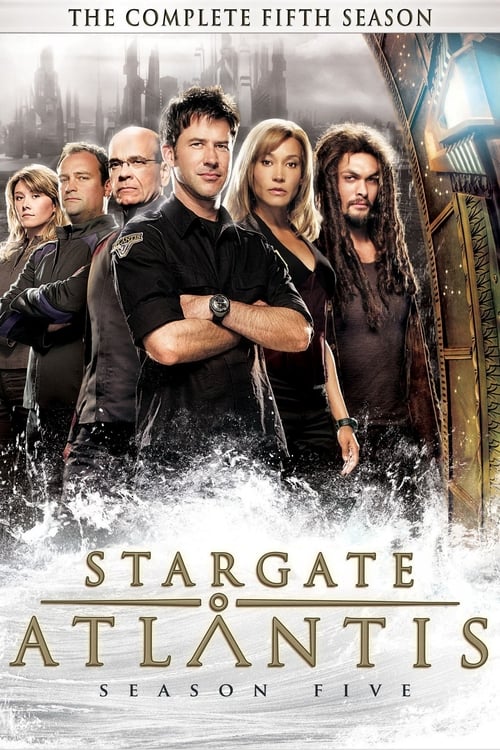 The adventures of a present-day, multinational exploration team traveling on the Ancient spaceship Destiny many billions of light years distant from the Milky Way Galaxy. They evacuated there and are now trying to figure out a way to return to Earth, while simultaneously trying to explore and to survive in their unknown area of the universe.

A freak accident during an experimental space mission catapults Astronaut John Crichton across a thousand galaxies to an alien battlefield.

Pulled to the far side of the galaxy, where the Federation is 75 years away at maximum warp speed, a Starfleet ship must cooperate with Maquis rebels to find a way home.

The story of Stargate SG-1 begins about a year after the events of the feature film, when the United States government learns that an ancient alien device called the Stargate can access a network of such devices on a multitude of planets. SG-1 is an elite Air Force special operations team, one of more than two dozen teams from Earth who explore the galaxy and defend against alien threats such as the Goa'uld, Replicators, and the Ori.

Star Trek: The Next Generation

Follow the intergalactic adventures of Capt. Jean-Luc Picard and his loyal crew aboard the all-new USS Enterprise NCC-1701D, as they explore new worlds.

Follow the voyages of Starfleet on their missions to discover new worlds and new life forms, and one Starfleet officer who must learn that to truly understand all things alien, you must first understand yourself.

A thriller set two hundred years in the future following the case of a missing young woman who brings a hardened detective and a rogue ship's captain together in a race across the solar system to expose the greatest conspiracy in human history.

Space. The Final Frontier. The U.S.S. Enterprise embarks on a five year mission to explore the galaxy. The Enterprise is under the command of Captain James T. Kirk with First Officer Mr. Spock, from the planet Vulcan. With a determined crew, the Enterprise encounters Klingons, Romulans, time paradoxes, tribbles and genetic supermen lead by Khan Noonian Singh. Their mission is to explore strange new worlds, to seek new life and new civilizations, and to boldly go where no man has gone before.

During the mid-22nd century, a century before Captain Kirk's five-year mission, Jonathan Archer captains the United Earth ship Enterprise during the early years of Starfleet, leading up to the Earth-Romulan War and the formation of the Federation.

At Deep Space Nine, a space station located next to a wormhole in the vicinity of the liberated planet of Bajor, Commander Sisko and crew welcome alien visitors, root out evildoers and solve all types of unexpected problems that come their way.

When an old enemy, the Cylons, resurface and obliterate the 12 colonies, the crew of the aged Galactica protect a small civilian fleet - the last of humanity - as they journey toward the fabled 13th colony, Earth.

The adventures of the last human alive and his friends, stranded three million years into deep space on the mining ship Red Dwarf.

The adventures of a late-20th-century New York City pizza delivery boy, Philip J. Fry, who, after being unwittingly cryogenically frozen for one thousand years, finds employment at Planet Express, an interplanetary delivery company in the retro-futuristic 31st century.

In the year 2517, after the arrival of humans in a new star system, follow the adventures of the renegade crew of Serenity, a "Firefly-class" spaceship. The ensemble cast portrays the nine characters who live on Serenity.

Andromeda is a Canadian/American science fiction television series, based on unused material by the late Star Trek creator Gene Roddenberry, developed by Robert Hewitt Wolfe, and produced by Roddenberry's widow, Majel Barrett. It starred Kevin Sorbo as High Guard Captain Dylan Hunt. The series premiered on October 2, 2000 and ended on May 13, 2005. Andromeda was filmed in Vancouver, British Columbia, Canada, and produced by Tribune Entertainment and Fireworks Entertainment. It was distributed by Global TV in Canada and syndicated in the United States on WGN and other channels. It was picked up by the Sci-Fi Channel in the U.S. halfway through season four. Andromeda is one of two TV series based upon concepts Roddenberry had created as early as the 1960s and 1970s. The name Dylan Hunt had also been used for the hero of two TV movie pilots Roddenberry had produced in the mid-1970s, Genesis II and Planet Earth, which had a similar premise. The other series posthumously created from Roddenberry's notes is Earth: Final Conflict.

Defiance is an American science fiction television show that takes place in the future on a radically transformed Earth containing new species arriving from space. In the show, Joshua Nolan works as the lawman for the town of Defiance, a community where humans and intelligent extraterrestrial species coexist. The show follows Nolan, his adopted alien daughter Irisa, and the town's new mayor Amanda Rosewater.

The space family Robinson is sent on a five-year mission to find a new planet to colonise. The voyage is sabotaged time and again by an inept stowaway, Dr. Zachary Smith. The family's spaceship, Jupiter II, also carries a friendly robot who endures an endless stream of abuse from Dr. Smith, but is a trusted companion of young Will Robinson

An alien race known as the Oni arrive on Earth to invade the planet. Instead of taking over the planet by force, the Oni give humans a chance to fight for the rights to the planet by taking part in a competition. The computer-selected human player is Ataru Moroboshi, a lecherous, unlucky and stupid high school student from the Japanese city of Tomobiki, and the Oni player is Princess Lum, daughter of the leader of the Invasion force.

My Girlfriend is an Alien

The alien girl Chai Xiaoqi tells the story of Fang Xiaoqi, the overbearing president of the alien girl who died from the "Cape Town Planet", who was suffering from the "rainy weather heterosexual amnesia". A high-energy hilarious and romantic cross-star love story. The female host Chai Xiaoqi is not only an alien, but also a true-handed witch. Once she inhales the hormones emitted by the males in the earth, she will fall into the "flowery state" and suffer from various diseases. The fun and ridiculously ridiculous romance will restore the singularity of the girl in the perfection of the girl. In order to survive on the human earth, Chai Xiaoqi will use his various super powers to solve one accident after another, like a roller coaster. The ups and downs will make the audience hooked. The male lord is cold and is an alternative overbearing president. When it rains, he will forget the opposite sex that appears around him. For this reason, he and the female host will launch various "fighting and fighting" laughter dramas. The experience of high sweetness and romance is expected to be Strongly slammed the girl's heart when it was broadcast.

Follows the crew of the not-so-functional exploratory ship in the Earth's interstellar fleet, 400 years in the future.