CIA officer Carrie Mathison is tops in her field despite being bipolar, which makes her volatile and unpredictable. With the help of her long-time mentor Saul Berenson, Carrie fearlessly risks everything, including her personal well-being and even sanity, at every turn.
Trailer 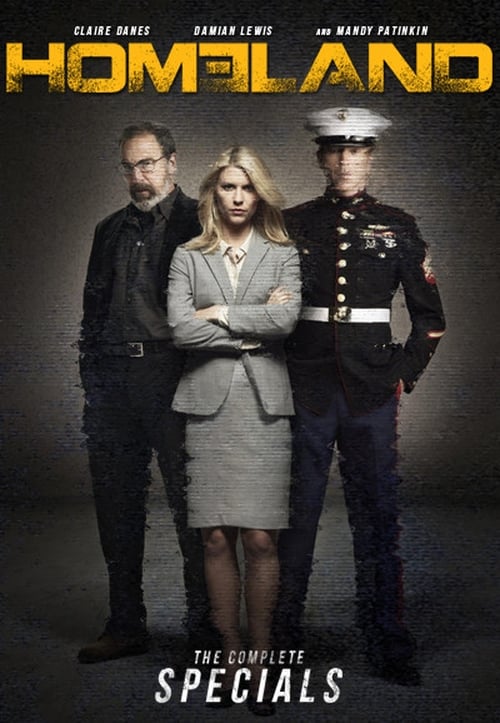 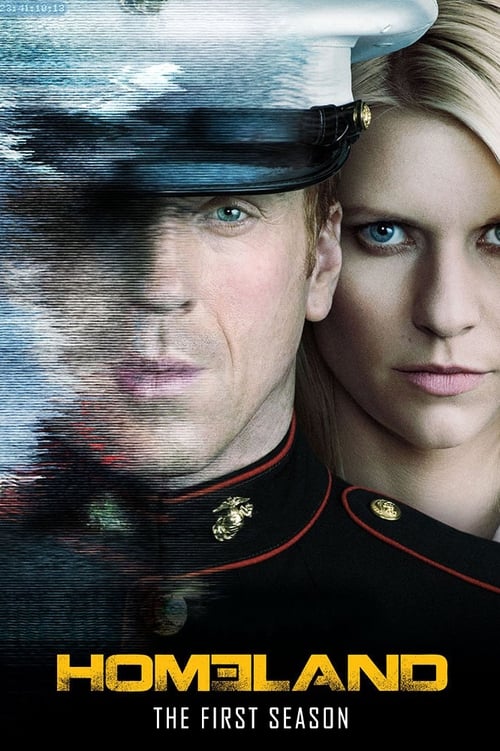 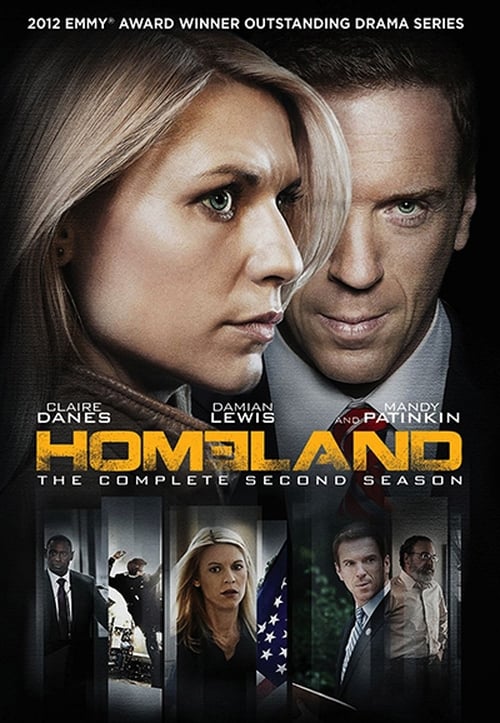 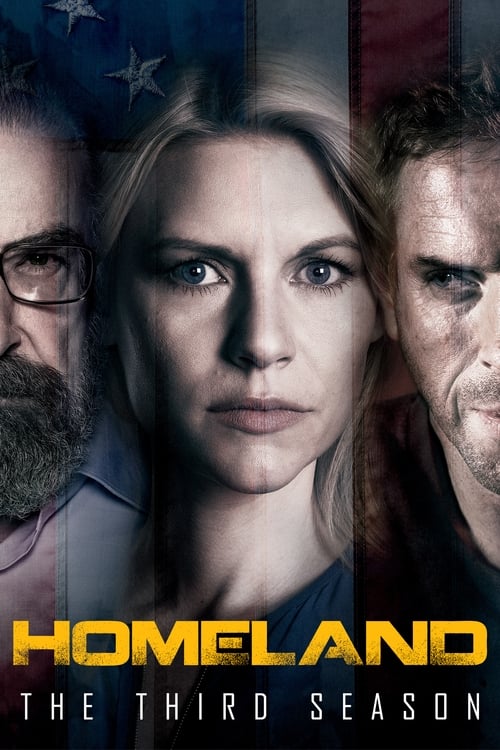 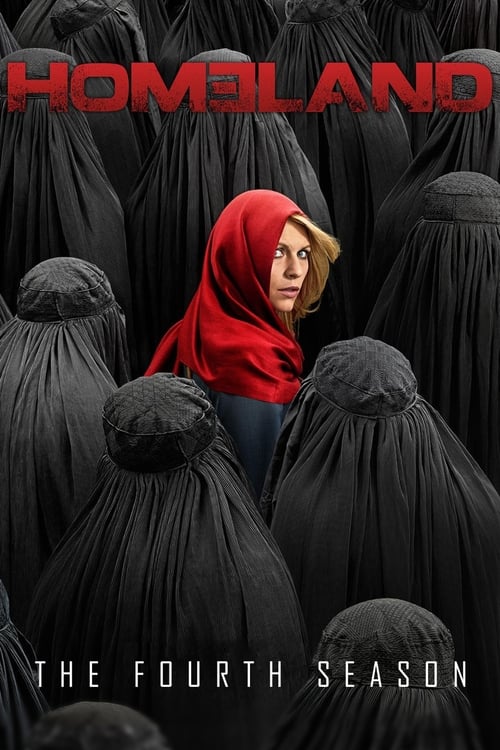 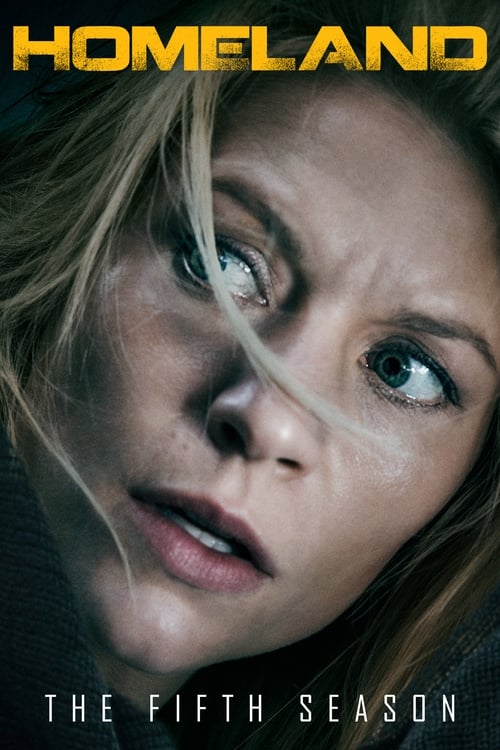 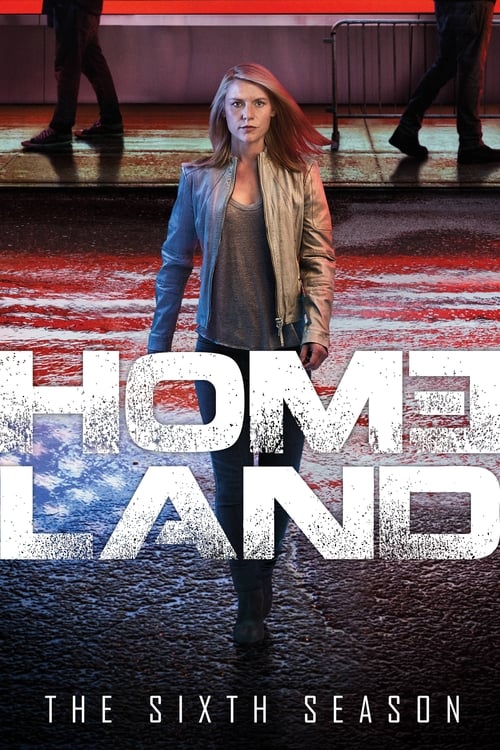 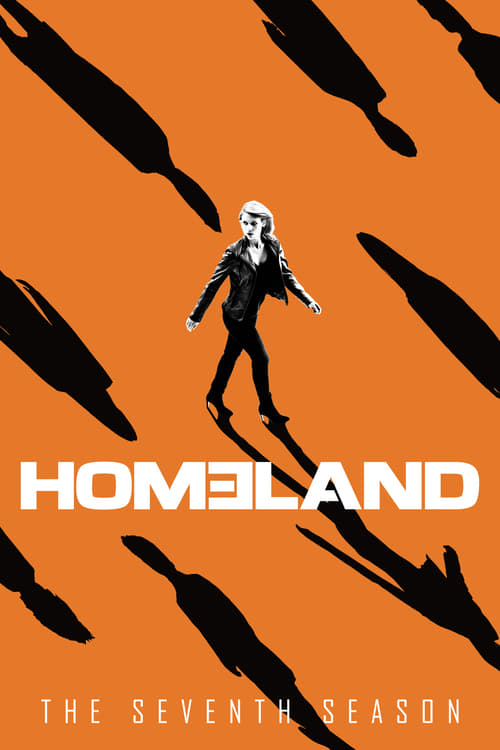 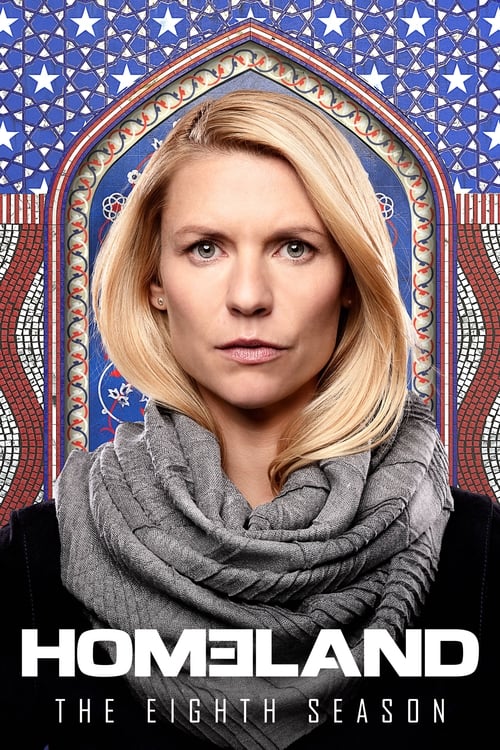 The Agency is a CBS television drama that followed the inner-workings of the CIA. The series was created by Michael Frost Beckner and was executive produced by Michael Frost Beckner, Shaun Cassidy Productions and Radiant Productions in association with Universal Network Television and CBS Productions. It aired from September 27, 2001 until May 17, 2003, lasting two seasons. It featured unprecedented filming from the actual CIA headquarters. The show was controversial regarding its exploration of current international affairs and its treatment of the ethical conflicts inherent in intelligence work. Beckner's pilot script, written in March 2001, posited a re-invented CIA tasked with a "War on Terror" after Osama Bin Laden's Al Qaeda terrorist organization plots a lethal attack on the west. The pilot was to premiere at CIA Headquarters on September 18, 2001 and set to air on CBS September 21, 2001, however, the actual 9/11 attacks convinced the network to hold the pilot and instead air a later episode. That first episode was aired later as the third episode of the first season. The September 11, 2001 terrorist events changed the way Americans viewed topical entertainment and "The Agency", at the time, was one of the most topical offering on network television. The producers of the series quickly responded to this new American perspective on world affairs, but CBS chose to cancel the show shortly after the second season's final episode.

Based on a true story, Scorpion is a high-octane drama about eccentric genius Walter O’Brien and his team of brilliant misfits who comprise the last line of defense against complex, high-tech threats of the modern age. As Homeland Security’s new think tank, O’Brien’s “Scorpion” team includes Toby Curtis, an expert behaviorist who can read anyone; Happy Quinn, a mechanical prodigy; and Sylvester Dodd, a statistics guru.

A wary CIA officer investigates a charismatic man who sparks a spiritual movement and stirs political unrest. Who exactly is he? And what does he want?

The origin story of younger, hungrier, former Green Beret Bryan Mills as he deals with a personal tragedy that shakes his world. As he fights to overcome the incident and exact revenge, Mills is pulled into a career as a deadly CIA operative, a job that awakens his very particular, and very dangerous, set of skills.

Sterling Archer is the world's most daunting spy. He works for ISIS, a spy agency run by his mother. In between dealing with his boss and his co-workers - one of whom is his ex-girlfriend - Archer manages to annoy or seduce everyone that crosses his path. His antics are only excusable because at the end of the day, he still somehow always manages to thwart whatever crises was threatening mankind.

A diverse group of recruits has arrived at the FBI Quantico Base for training. They are the best, the brightest and the most vetted, so it seems impossible that one of them is suspected of masterminding the biggest attack on New York City since 9/11.

When CIA analyst Jack Ryan stumbles upon a suspicious series of bank transfers his search for answers pulls him from the safety of his desk job and catapults him into a deadly game of cat and mouse throughout Europe and the Middle East, with a rising terrorist figurehead preparing for a massive attack against the US and her allies.

Raymond "Red" Reddington, one of the FBI's most wanted fugitives, surrenders in person at FBI Headquarters in Washington, D.C. He claims that he and the FBI have the same interests: bringing down dangerous criminals and terrorists. In the last two decades, he's made a list of criminals and terrorists that matter the most but the FBI cannot find because it does not know they exist. Reddington calls this "The Blacklist". Reddington will co-operate, but insists that he will speak only to Elizabeth Keen, a rookie FBI profiler.

When Buy More computer geek Chuck Bartowski unwittingly downloads a database of government information and deadly fighting skills into his head, he becomes the CIA's most vital secret. This sets Chuck on a path to become a full-fledged spy.

The series focuses on an eccentric motley crew that is the Smith family and their three housemates: Father, husband, and breadwinner Stan Smith; his better half housewife, Francine Smith; their college-aged daughter, Hayley Smith; and their high-school-aged son, Steve Smith. Outside of the Smith family, there are three additional main characters, including Hayley's boyfriend turned husband, Jeff Fischer; the family's man-in-a-goldfish-body pet, Klaus; and most notably the family's zany alien, Roger, who is "full of masquerades, brazenness, and shocking antics."

Young CIA analyst Joe Turner has his idealism tested when he learns that the CIA has been using an algorithm he developed to spy on American citizens, leading the organization to a terrorist plot that threatens the lives of millions. Inspired by Sydney Pollack’s 1975 political thriller Three Days of the Condor.

A contemporary spy series that follows Daniel Miller, an undercover agent at the CIA station in Berlin, Germany.

The story of military hero Eric Carter’s return to the U.S. and the trouble that follows him back – compelling him to ask CTU for help in saving his life, and stopping what potentially could be one of the largest-scale terror attacks on American soil.

Spy drama set in the social and political chaos of 1968, inspired by a true story. Pursued into Canada by the FBI, the matriarch of an American activist family helps smuggle Vietnam war deserters and draft dodgers across the border. What she doesn't know is that one of the deserters is an agent of the CIA sent to spy on her.

A top Israeli agent comes out of retirement to hunt for a Palestinian militant he thought he'd killed, setting a chaotic chain of events into motion.

A young CIA operative, Annie Walker, is mysteriously summoned to headquarters for duty as a field operative. While Annie believes she's been promoted for her exceptional linguistic skills, there may be something or someone from her past that her CIA bosses are really after. Auggie Anderson is a CIA military intelligence agent who was blinded while on assignment and is Annie's guide in this world of bureaucracy, excitement and intrigue.

Erica Shepherd is a brilliant former CIA operative, now known as the most notorious traitor in American history serving life in a Supermax prison. Against every fiber of his being but with nowhere else to turn, FBI Agent Will Keaton enlists Shepherd to help track down a fiercely dangerous and elusive criminal she knows all too well. While Shepherd and Keaton have different motivations for bringing the enemy to justice, they both know that to catch a spy… they must think like one.

While Osama bin Laden and Al-Qaeda become a global threat, the rivalry between the CIA and FBI inadvertently sets the stage for the tragedy of 9/11 and the Iraq War.

The Border is a Canadian drama that aired on CBC Television and 20 other TV networks worldwide. It was created by Peter Raymont, Lindalee Tracey, Janet MacLean and Jeremy Hole of White Pine Pictures. The Executive in Charge of Production is Janice Dawe. Episodes in the first season were directed by John Fawcett, Michael DeCarlo, Ken Girotti, Kelly Makin, Brett Sullivan and Philip Earnshaw. The first season had a total budget of 20 million dollars, with about 1.5 million dollars per episode. The series is set in Toronto and follows agents of the fictitious Immigration and Customs Security agency. ICS was created by the Government of Canada to deal with trans-border matters concerning Canadian national security including terrorism and smuggling. The cancellation of The Border was announced by the CBC after three seasons were aired.

Jake 2.0 is an American science fiction television series originally broadcast on UPN in 2003. The series was canceled on January 14, 2004 due to low ratings, leaving four episodes unaired in the United States. In the United Kingdom, all the episodes aired on Sky1. The series later aired in syndication on HDNet and the Sci Fi Channel. The series revolves around a computer expert, Jake Foley, who works for the U.S. government's National Security Agency and was accidentally infected by nanobots which give him superhuman powers. He is able to control technology with his brain, making him "the ultimate human upgrade" according to the show's introduction.